During the Coronavirus outbreak we have been supporting Chambers and member businesses with online events and webinars. Take a look at some past events below: BCC's Anne-Marie Martin was joined by Kevin McCole and Rohit Singh from the UK India Business Council (UKIBC) for an outline and discussion about some of the policies the Indian government has set out during the Coronavirus outbreak including: Kevin joined the UK India Business Council in December 2008 and has a range of responsibilities as Managing Director of the company, coordinating the work of the team across the UK and Indian offices; directly leading the Membership, Consultancy, and Policy and Research teams.He also manages relationships with the Department for International Trade and directs the UKIBC’s engagement with Government bodies across the UK and India, including the UK’s Devolved Administrations, English cities, and the Indian States. Kevin has directed major projects, including developing strategies to generate more trade and investment between India and Greater Manchester, the Leeds City Region, and the Sheffield City Region.Kevin joined the UK India Business Council after 19 years in the UK’s Diplomatic Service, where he served in The Netherlands, Malta, Romania, India, and various London postings. In India, Kevin spent three years at the British Deputy High Commission in Kolkata helping UK businesses win contracts and find partners in Eastern India and assisting Indian companies expand into the UK.

Rohit is working as Director at the UK India Business Council, and lead on strategic business consultancy and implementation engagements. He has practical knowledge and experience in consulting sales and advising senior management of mid to large size organisations in India market entry strategies, business planning and implementation. Before UKIBC, Rohit was working as an Associate Vice President at a Management Consulting firm Tecnova, primarily focused on advising the companies of the US and European origin in developing their India entry strategy, expansion planning, business setup and implementation. Earlier he has also served in automobile majors Maruti Suzuki and Hero Honda Motors in their Supply Chain and Global Sourcing department. Rohit holds a degree in Mechanical Engineering and is an alumnus of XLRI, Jamshedpur and Columbia Business School, New York. 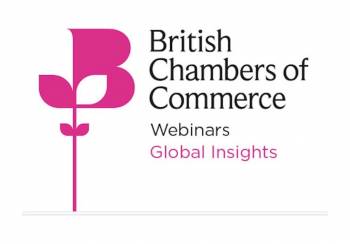 Resilience in a time of crisis: Anne-Marie Martin, Director of Global Business Networks, in conversation with Dame Stephanie Shirley CH 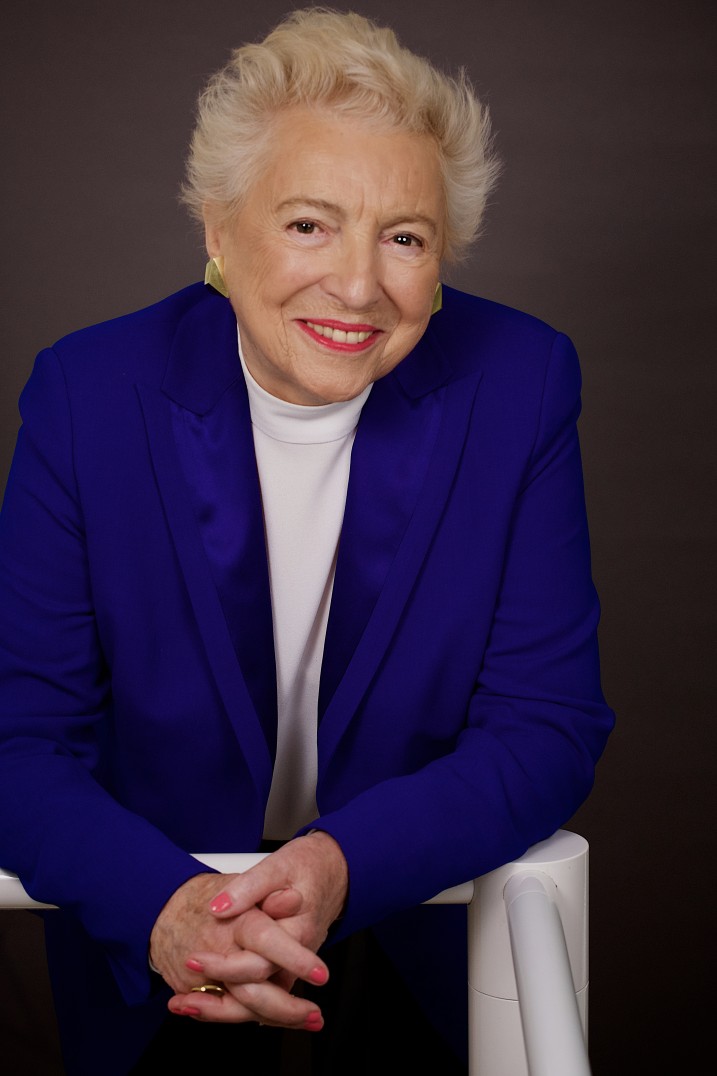 Her life story begins with her 1939 arrival in Britain as an unaccompanied Kindertransport refugee. In 1962, she started a software house, Freelance Programmers, that pioneered new work practices and changed the position of professional women, especially in hi-tech. She went on to create a global business and a personal fortune shared with her colleagues; she made 70 of her staff millionaires at no cost to anyone, but herself.

Since retiring in 1993, her focus has been increasingly on philanthropy based on her strong belief in giving back to society. In 2009/10 she served as the UK’s first ever national Ambassador for Philanthropy. Her charitable Shirley Foundation has initiated and funded a number of projects that are pioneering by nature and strategic in impact, totally £67m todate. The focus is on IT and her late son’s disorder of autism.

Her memoir Let It Go was published in 2012. It has sold 40,000 copies and Penguin re-published in April 2019 with a view to distributing it worldwide – the first translated version is launch in Germany in July 2020. A big screen film is also in the makingby The Artists Partnership, with Producer Damian Jones and Director Haifaa al-Mansour. The shortlist for an actress to play Dame Stephanie includes Claire Foy and Emily Blunt.Filming should start in the next two years.

Dame Stephanie has been much honoured. In 2013, she was named by Woman’s Hour as one of the 100 most powerful women in Britain. In 2014, the Science Council listed her as one of the Top 100 practising scientists in the UK. In 2015, Dame Stephanie was given the Women of the Year Special Award. Her TED Talk in 2015 was to a standing ovation from more than a thousand of the world’s most recognised technical entrepreneurs, thinkers, creators and doers. It has received 2.1m views. In 2017, Dame Stephanie received a Companion of Honour, one of only 65 people worldwide to receive such a recognition. 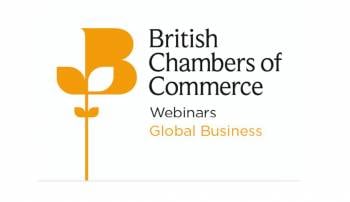 What does the impact of Coronavirus mean for UK/EU-German relations? 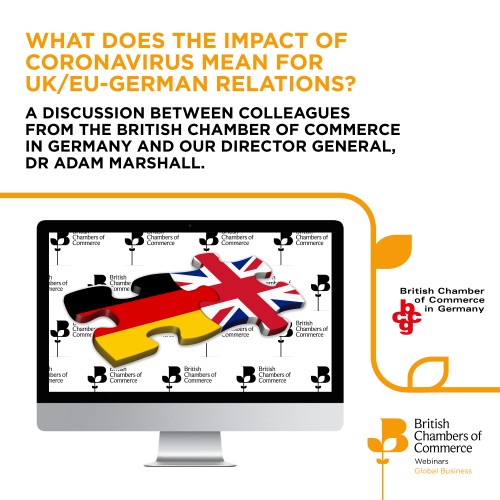 A fascinating webinar discussion between colleagues from the British Chamber of Commerce in Germany and our Director General, Adam Marshall.

Adam will be joined by members of the Board of the British Chamber of Commerce in Germany including:

Germany is the UK’s 2nd largest trading partner after the US, beyond the EU as a whole.

The UK and German governments work together on trade/ investment, economic, political, cultural, defence and security matters and benefit from a close relationship that is based on mutual respect and trust.

The UK’s recent withdrawal from the EU has led to concern about how future bilateral relations will be impacted. Both countries have pledged to ensure that these economic, political and cultural ties are not severed, but if anything, intensified.

However, the recent global pandemic crisis is inevitably placing strain on all economies across the world and the negative effects of Coronavirus on both economies will clearly add to those already existing due to Brexit challenges.

It is predicted that many negative effects will occur especially in industry, and particularly in respect of supply chains. It is expected that trade will resume fully only once Coronavirus restrictions are lifted and, depending on Brexit negotiations, be further hindered from the uncertainty brought about by the UK’s insistence that, irrespective of the effects of the pandemic, it does not plan to extend the Brexit transition period, which could again raise the question around whether the UK will exit the EU on WTO terms. Drawing on the latest government guidance and years of HR experience, our experts explained how furlough interacts with existing employment law and the steps employers need to take to benefit from the scheme.

A broad range of issues were covered, including:

Van is a Senior HR Business Partner at Quest Business Services. Van has over 11 years HR experience working within various industries including retail, professional services, warehousing and distribution. Over the years, she has operated with key stakeholders and draws her specialist knowledge from this to offer support and guidance to her client base at Quest. In 2008 she qualified with a BA hons in Human Resource Management and went onto complete her CIPD and Masters in Management of Human Resources in 2009 at De Montfort University.

Jane is Head of People Policy at the BCC, leading on all aspects of employment and skills policy. She has worked at the BCC since 2017, covering a broad range of business environment issues, including spatial planning, economic development, transport and infrastructure. Prior to joining the BCC, Jane was Deputy Chief Executive at the Staffordshire Chambers of Commerce. Businesses of all sizes, sectors and across every community, region and nation have been impacted in an unprecedented way by the current Coronavirus pandemic. OBR’s latest projections provide an extremely bleak assessment of the UK’s near-term economic prospects.

In this webinar, organised in partnership with Moneycorp, we heard from Vicky Pryce, a renowned Economist and Business Consultant and our Director General, Dr. Adam Marshall,. During the webinar they discussed:

Vicky Pryce's recent posts have included: Senior Managing Director at FTI Consulting; Director General for Economics at the Department for Business, Innovation and Skills (BIS); and Joint Head of the UK Government Economics Service where she was responsible for evidence based policy and for encouraging measures that promoted greater productivity in the UK economy. She had previously been Partner and Chief Economist at KPMG and earlier held chief economist positions in banking and the oil sector. Vicky co-founded GoodCorporation, a company set up to promote corporate social responsibility.

She is patron of ‘Pro-bono Economics’ and has served as Master of one of the City of London’s Livery Companies. She sits on the Department for Business Innovation and Skills' panel monitoring the economy and is on City AM's Shadow Monetary Policy Committee. They discussed the measures which need to be taken to build both resilience and diversity in supply chains, in order to protect against the impacts of Coronavirus and prepare British businesses for recovery for a time beyond crisis.

The Secretary of State delivered a keynote speech followed by a Q&A facilitated by Dr Adam Marshall.

This was a valuable opportunity to explore the UK’s economic recovery and future prosperity and to discuss how businesses can rebuild to continue to trade and grow in the future. Liz Truss is the Member of Parliament for South West Norfolk and Secretary of State for International Trade and President of the Board of Trade. Liz has also been appointed Minister for Women and Equalities.

Born in Leeds to left-wing parents, Liz broke the mould and started her career as an economist and accountant with a Conservative membership card. She was elected as a councillor in Greenwich in 2006, and then as MP for South West Norfolk in 2010. She was one of the first MPs of her intake to enter Government in 2012.

In July 2019, Liz became Secretary of State for International Trade and President of the Board of Trade. As Secretary of State, she has overall responsibility for the business of the department. At a crucial time for Brexit, Liz is charged with securing new trade deals and partnerships across the world. As Minister for Women and Equalities, Liz is responsible for cross-government equality strategy and legislation. In this exclusive webinar with senior members of the British Chamber of Commerce in Korea (BCCK) shared first-hand accounts of how Korea reacted to the virus and revealed data on how it affected businesses across the country. They also shared examples of measures taken by businesses to protect employees, customers and business continuity.

Take a look at the presentation slides 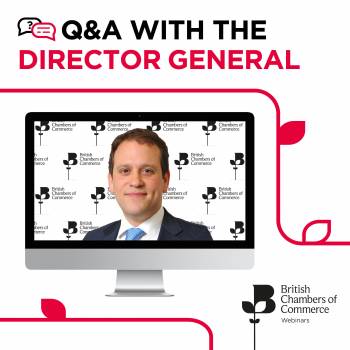 Q&A with the Director General 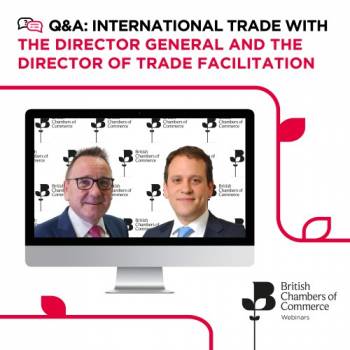 Supporting our frontline services locally, regionally and nationally: how Chambers are playing a crucial part in their communities during the Coronavirus outbreak

During this unprecedented time, when global demand is outstripping accessible supply, we’re proud that Chambers of Commerce are at the forefront of supporting their communities by facilitating access to much needed PPE equipment.

BCC Chair Sarah Howard hosts a panel of Chambers who shared the initiatives that they are driving locally and nationally in response to what has become our greatest global public health emergency in living memory.

Join BCC Chair, Sarah Howard and special guest Hema Mistry, Head Of Operations at Quest to chat about the latest guidance and support on the Coronavirus Job Retention Scheme and how HR plays a key role in the Coronavirus crisis.

Hema is Head of Operations at Quest Business Services. She has over 25 years HR, employment law and training experience and is MCIPD qualified. Her experience includes working in inhouse HR operational functions and over 15 years in the consultancy environment. Hema’s experience enables her to quickly establish organisations needs and deliver effective; commercial and practical solutions Responding to the planned government announcement of a 14-day quarantine for all air passengers arriving in the UK, BCC Director General Adam Marshall said: 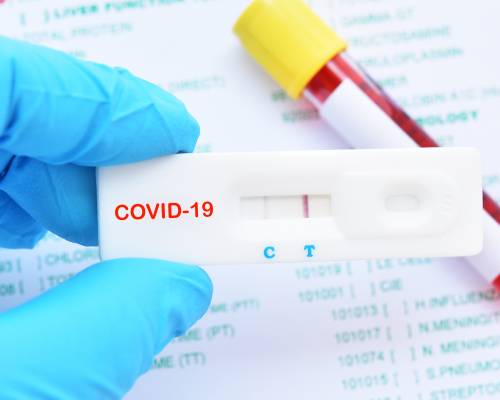 Results from the latest BCC Coronavirus Business Impact Tracker reveal that the majority of firms surveyed are in a position to partially restart operations as lockdown restrictions are eased. 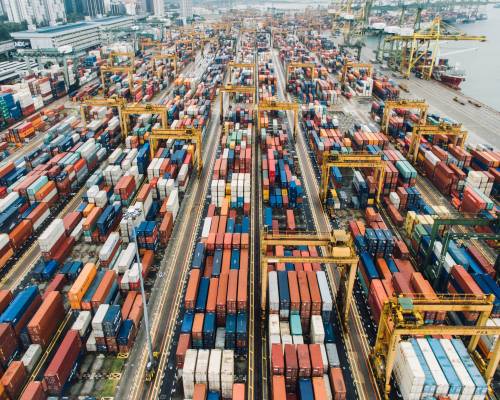 BCC director general Adam Marshall responds to the publication of the UK Global Tariff that will apply to imported goods from 1 January 2021. 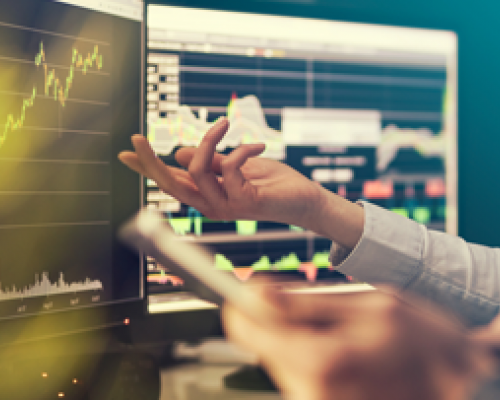 BCC responds to extension of the CLBILS scheme

BCC Head of Economics Suren Thiru comments on the extension of the CLBILS scheme, including extending the lending limit to £200m.