The British Chambers of Commerce (BCC) today publishes its Quarterly Economic Survey – the UK’s largest and most authoritative private sector business survey. Based on 7,250 responses from companies in Q4 2016, the results show the uptick in Q3 in the manufacturing sector has been sustained in the final quarter, and more service sector firms were expecting growth than they were just after the EU referendum.

The survey shows that having slowed in Q3 2016, growth in domestic sales and orders in the services sector rebounded slightly in Q4, although they have not yet returned to historic levels. The fall in Sterling may be benefiting some manufacturers, with export sales and orders remaining at the increased levels seen in Q3.

The survey also indicates that, having fallen in Q3, confidence in future turnover, hiring expectations and investment in plant and machinery have improved for both manufacturing and services firms in Q4.

However, the survey found that firms in both sectors, particularly in manufacturing, are facing pressure to raise prices, principally as a result of the cost of raw materials and other overheads.

The results support BCC’s forecast for continuing growth, but at a slower pace, an expectation which is backed up by the fact that many survey balances remain well off historic levels.

Commenting on the results, Dr Adam Marshall, Director General of the British Chambers of Commerce, said:

“As we start 2017, businesses are continuing to trade through the uncertainty, and are looking to seize opportunities as they arise. Our findings suggest that business communities across the UK remain resilient, and many firms are expecting continued growth in the months ahead.

“Inflation has emerged in our survey as a rising concern for many businesses. Both manufacturing and services firms say they are under pressure, particularly from the rising cost of inputs, which is squeezing margins and may weaken future investment.

“Overall, our findings suggest growth will continue in 2017, albeit at a more modest pace. The government must act strongly this year to support investment and improve the business environment – both of which are crucial to boosting business confidence, and therefore further growth.”

Suren Thiru, Head of Economics at the BCC, said:

“Having slowed significantly in the previous quarter, the services sector has rebounded, although it’s not yet back to levels seen at the start of the year. Nonetheless, the service sector is likely to have been the key driver of growth in the quarter.

“Manufacturers, particularly those that export, continue to report positive indicators. However, while some firms will be benefitting from the depreciation in the value of the pound, there is currently little evidence that it is providing a material boost to overall export growth. The UK’s manufacturing base continues to struggle with long-term structural issues, with businesses continuing to report considerable recruitment difficulties. The government must work to address the skills gap, while also ensuring that businesses have access to the workers they need from overseas.

“There is further evidence that rising prices will be a key challenge to the outlook for the UK economy over the next year, with the significant rise in the cost of raw materials increasing the pressure on firms to raise prices in the coming months. While growth is likely to have remained on trend in the quarter, the UK’s growth prospects in the near-term are expected to be more subdued, weighed down by rising inflation and the uncertainty surrounding Brexit.”

The BCC Q4 2016 QES is made up of responses from 7,250 businesses across the UK, and is the largest private business survey in the country. Firms were questioned between 7-28 November 2016 on a wide range of business issues, including: domestic sales and orders; export sales and orders; employment prospects; investment prospects; recruitment difficulties; cashflow; confidence; and price pressures.

Spokespeople are available for interview and a full QES is available from the press office.

How are balances calculated?

For example, if 50% of firms told us their sales grew and 18% said they decreased the balance for the quarter is +32% (an expansion). 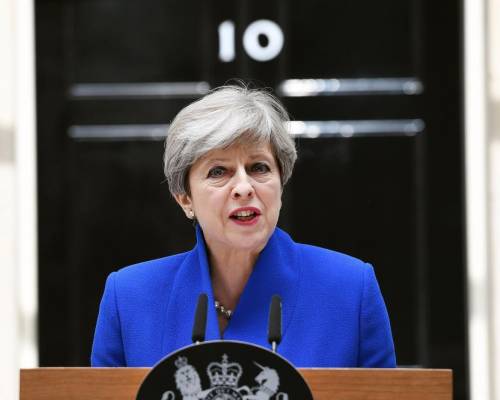